Overview: The new Ellum Solar is an intuitive smart light, embedded with sensors that illuminate the dark when motion is detected. END_OF_DOCUMENT_TOKEN_TO_BE_REPLACED

Overview: JUS is a hybrid all-in-one solar-powered rechargeable battery pack and slim case that fits your iPhone 6 like skin. END_OF_DOCUMENT_TOKEN_TO_BE_REPLACED

Overview: Usually an analogy can be made between their primary function and an existing object, for example “kitchen” and then “portable” or “solar” is the innovation. But how do we do if we have more functions? END_OF_DOCUMENT_TOKEN_TO_BE_REPLACED 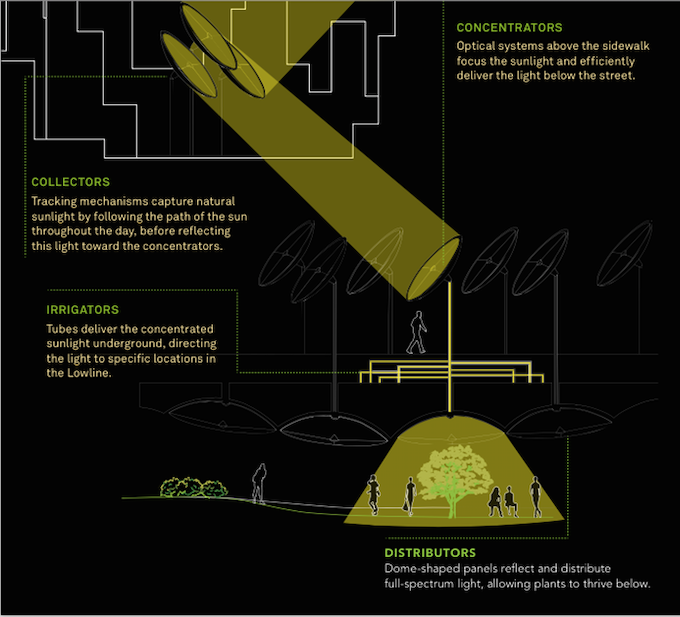 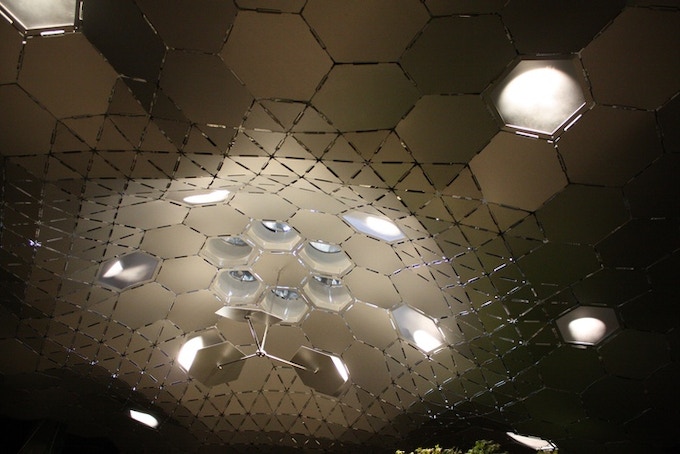 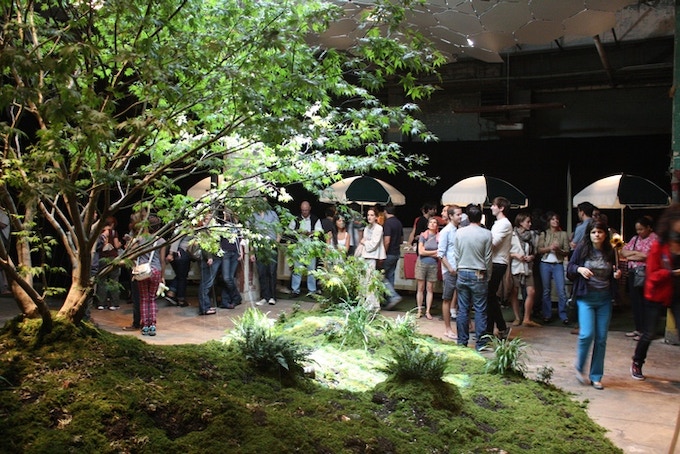 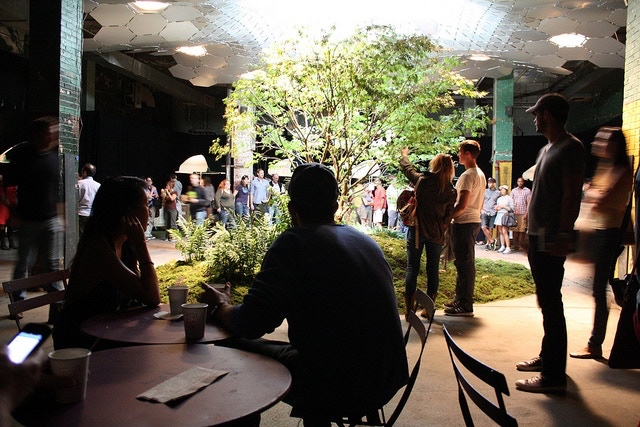 Overview: The Lowline is a plan to use innovative solar technology to illuminate an historic trolley terminal on the Lower East Side of New York City. The vision is to create a stunning underground park, providing a beautiful respite and a cultural attraction in one of the world’s most dense, exciting urban environments.

the proposed solar technology involves the creation of a “remote skylight.” In this approach, sunlight passes through a glass shield above the parabolic collector, and is reflected and gathered at one focal point, and directed underground. Sunlight is transmitted onto a reflective surface on the distributor dish underground, transmitting that sunlight into the space. This technology would transmit the necessary wavelengths of light to support photosynthesis, enabling plants and trees to grow. During periods of sunlight, electricity would not be necessary to light the space. In September 2012, the Lowline team built a full scale prototype of the technology in an abandoned warehouse in the Lower East Side, for the “Imagining the Lowline” exhibit. The exhibit attracted thousands of visitors, was heavily covered by the press and ultimately served as a proof of concept.

Visit This Concept At The Lowline